“HERTFORDSHIRE DINING PUB OF THE YEAR”
THE GOOD PUB GUIDE

With beautiful surrounding countryside and nearby country walks over the rolling hills of the Chess Valley it’s hard to believe that the 18th Century pub, Bricklayers Arms is within such easy reach of many major routes to London and the home counties.

We are proud to announce our most recent award, Dining pub of the Year from Britain’s much coveted Good Pub Guide. We are also delighted to have won this Award in 5 previous years. Other notable recent accolades include Hertfordshire’s Tourism “Raising the Bar’ Award and an AA Rosette for “Culinary Excellence”.

The Bricklayers Arms, previously owned by the Michaels family for over 18 years and now managed by Alvin’s devoted protege, Matt Jackson. Head chef Miroslav Shelling holds the reins in the Kitchen and has won multiple awards.

The pub is located very close to Warner Bros Studios, Harry Potter World and the Grove Hotel, ideal for those seeking a country pub dining experience when visiting one of these great attractions.

THE KITCHEN IS OPEN

If your group consists of 8 or more people please see our party menu.

Reception was friendly especially as we'd booked the wrong place! Service was excellent but the food was exceptional, wine was superb and they'd even laid on a spectacularly sunny afternoon! Chilled and relaxed afternoon to boot.

I had the mushroom to start and the lamb as main. The food was incredible! Highly recommended if you’re anywhere in the area (or not even!). Also, the staff were super friendly and on the ball.

TREAT THAT SPECIAL SOMEONE

Be it a birthday, wedding gift, anniversary or simply to say thank you to someone special. What better way to say it than with a delicious meal or a night away to relax and enjoy a cosy pub within the Chilterns. Simply follow the link below to order personalised vouchers to a monetary value of your choice. 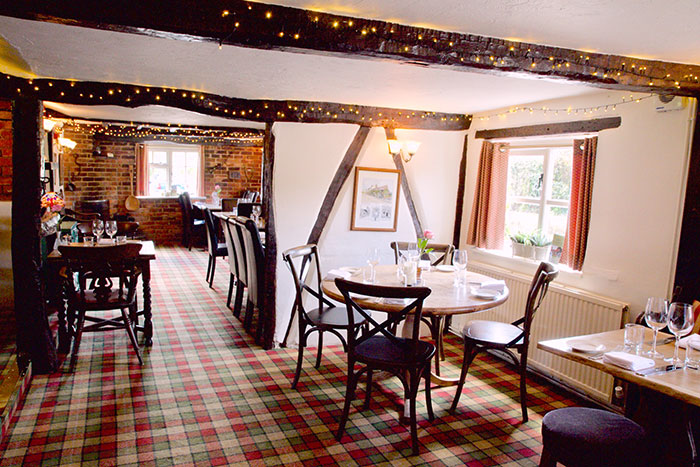 News from the Inn

Have a read of the latest goings on at the Bricklayers Arms. Multi award winning country pub and restaurant., including lovely features of the pub, it’s history, recipes from the chef and a whole lot more.